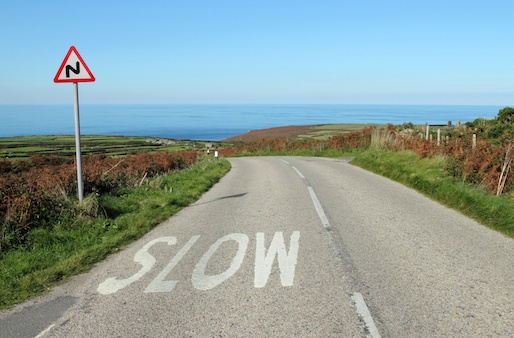 These days, people expect decent internet access wherever they go, whether they’re on a train or at the pub. However, we’ve all experienced the frustration of not being able to log on when we’re out and about. The fact remains that the quality of mobile network coverage varies greatly across the UK.  Many parts of the country, mostly (but not exclusively) rural areas, suffer from poor or practically non-existent coverage, while the quality of mobile coverage on Britain’s road, rail and underground networks is failing to meet commuters’ expectations. As more and more business is conducted online and on the move, this lack of connectivity is hurting the UK economy.

This is an issue that’s been high on the government’s agenda recently – and not before time.  Recently, the Culture Secretary Sajid David launched a consultation with the mobile companies and the wider business community to look at how this problem can be addressed.  The Government’s Mobile Infrastructure Project is investing £150m in delivering mobile coverage to around 60,000 homes and businesses currently in black spots.  It’s thought that around a fifth of the UK suffers from poor coverage – defined by having coverage from some but not all of the four mobile networks.

Poor coverage in rural areas is one thing, but the main issue for businesses is mobile connectivity on roads and railways. A study earlier in the year by OpenSignal found that the average user had a mobile connection only 72% of the time while travelling by train, and motorway users didn’t fare much better with 76%.  With the rise in BYOD and employees using their mobile devices for work, high-quality mobile web access is a commercial necessity for the vast majority of businesses now, yet many of them are unable to get the quality of service they require.

This is seriously hampering the UK’s economic growth and workforce agility – and that’s not just my opinion.  The Countryside Alliance has estimated that mobile network ‘not-spots’ costs the British economy £1.3bn per year.  And according to an FSB survey, 57% of small businesses say they experience no or poor mobile signals ‘very often’ or ‘quite often’ when using their phone for business services, while half say the lack of a mobile signal has a negative impact on their business.

Without good and truly mobile connectivity, we risk getting left behind as business professionals, and as an economy.  Just as roads, canals and railways provided the infrastructure behind the Industrial Revolution, we need a network infrastructure that is fit for the Mobile Revolution.  We’ve already done much of the hard work by securing devices and layering IT services on top, but the missing piece in the puzzle is the mobile data services and coverage.

So what’s the solution to the problem? One idea that is being considered by the Government at the moment is national roaming i.e. mobile companies sharing towers, but I’m not sure if that’s the answer.  An alternative could be to establish a national operator for mobile, just as we have Network Rail managing the UK’s rail infrastructure.  In any case, both Government and the mobile companies need to work together to address this problem. It’s good to see that they are finally discussing it, but we need movement and action soon if Britain’s workforce is to become truly mobile and agile.